The Uplands School in Finchfield has finally taken delivery of their brand new shiny minibus, which is to replace their previous one which was stolen about two years ago. 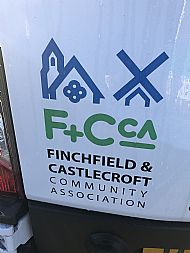 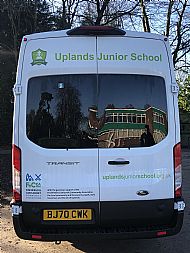 At the end of 2019 we organised a crowd funding project to raise the shortfall from the insurance claim to buy a brand new hi specification minibus. However, as soon as we raised the funds we were plunged into Covid lockdown, which meant the school could not use the bus, and it would have stood unused until now. The school therefore delayed delivery until restrictions started to be lifted.

Thank you to everyone who donated - give the bus a toot when you see it out and about!

The minibus belonging to Uplands Junior School, in Finchfield Road West, was stolen in 2018 and never recovered. Fundraising began at the school but was short of the necessary total required when Finchfield and  Castlecroft Community Association led by Andrew Atkinson, launched a fund raising appeal. This was well supported and included the West Midlands Mayor

Following the appeal to remedy the shortfall, the school has now been able to place an order for its replacement. The hand over ceremony will take place following its delivery.